As mentioned in the previous tale, the beast has indeed sadly jumped ship (not literally), to the other side of the pond. This will mean that unfortunately, for the time being, London restaurant reviewing will be curtailed and New York restaurant reviewing complete with Americani(z)ed spellings will begin. However, beastly ears are always on alert for news on the London food scene, and it is the hope that one day the beast will return to the Big Smoke to continue expat foodie adventures and general whinging about metric conversions in the home cooking section. Until then, it’s the Beast and the Big Apple: New York Edition.

I thought it was only appropriate to write my first official (as a resident) NYC review on a highly acclaimed institution, with a Michelin-starred, internationally renowned chef at its helm that involves Mexican and Latin American influences, as well as a lot of Greenmarket produce – ABC Cocina. There’s New York dining for you — a mish-mash of cuisines and a stomping ground for American and foreign chefs alike.

ABC Cocina, Jean-George Vongerichten’s Latin sequel to ABC Kitchen, and the much easier restaurant of the two to get a reservation at, was the site of the beast’s first boozy lazy Saturday brunch in New York upon arrival. Beasting and feasting on two too many passionfruit bellinis (which weren’t on the menu but the waiter happily obliged), the scene at ABC Cocina is an interesting one. By interesting, since this word often gets misconstrued, I mean the individual elements of the restaurant: the metal tables, chairs, light fixtures are all individually not mesmerizing or breathtaking in any way, but altogether the feeling of the restaurants is trendy, cool, a bit mysterious and a bit intriguing. The amalgamation of all the light fixtures on the ceiling against the backdrop of the gigantic exposed brick wall are quite captivating.

The restaurant is overseen by Mr. Vongerichten, who collaborates on the food with chefs Karen Shu and Ian Coogan (former was Dan Kluger until June 2014).

The highlight by far was the cheese board ($14) which included a mild, creamy goat cheese, cubes of aged dry cheddar and a Stilton-esque blue cheese which was obviously a bit more pungent. Accompanied by marcona almonds, strawberry jam and grapes, the cheese board was flavorsome and well-balanced. 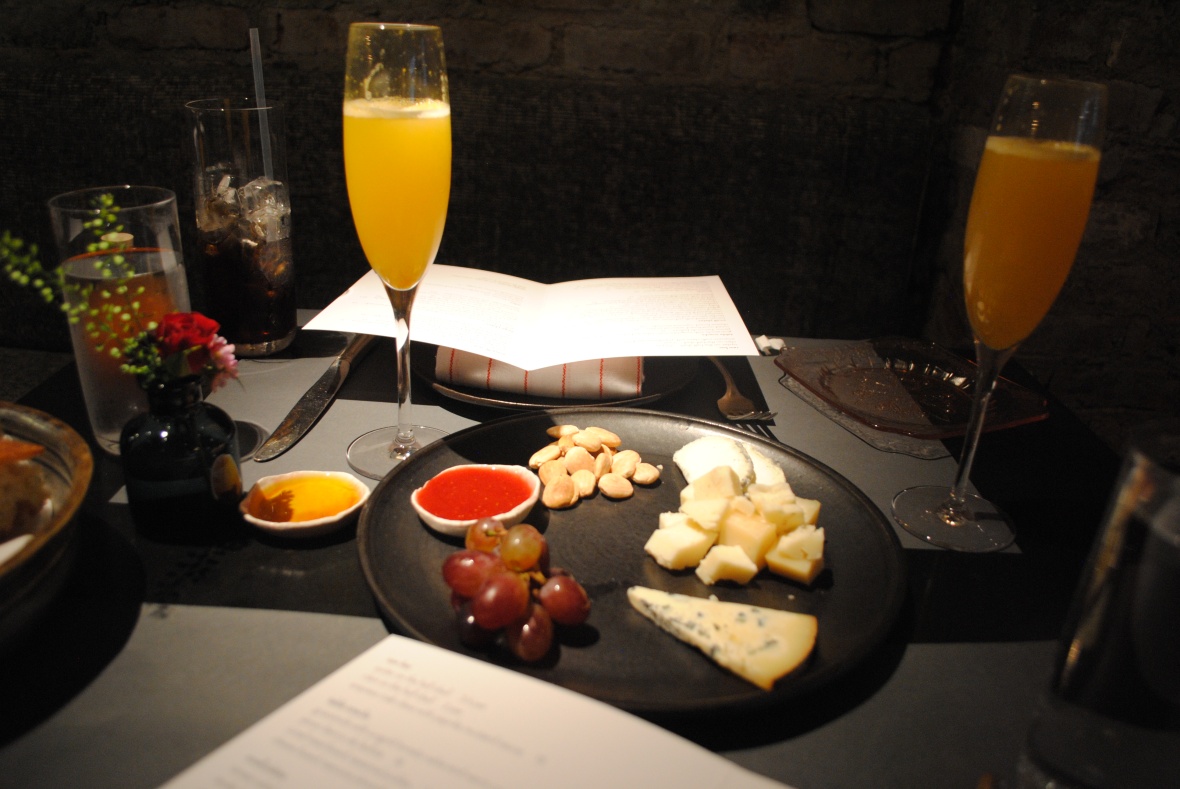 Sweet corn empanadas with lime creme fraiche ($10) were a bit lackluster to me, they could have done with some jalapenos or a chipotle salsa of some sort — next time I’d try the sautéed mushroom tacos with cashews, mole, kale and lime if I’m going veggie. They would seem to have that extra ‘kick’ going for them.

The huevos rancheros ($19) were beautifully done, with eggs you can tell are extraordinarily fresh and thick corn tortillas along with fresh avocado slices and black beans. However this dish was presented in a way that more closely resembles shakshuka, a dish of eggs poached in tomato sauce in a skillet, rather than traditional huevos rancheros. The option to add grilled strips of steak to this, or cheese (always cheese), would make the dish absolute perfection. 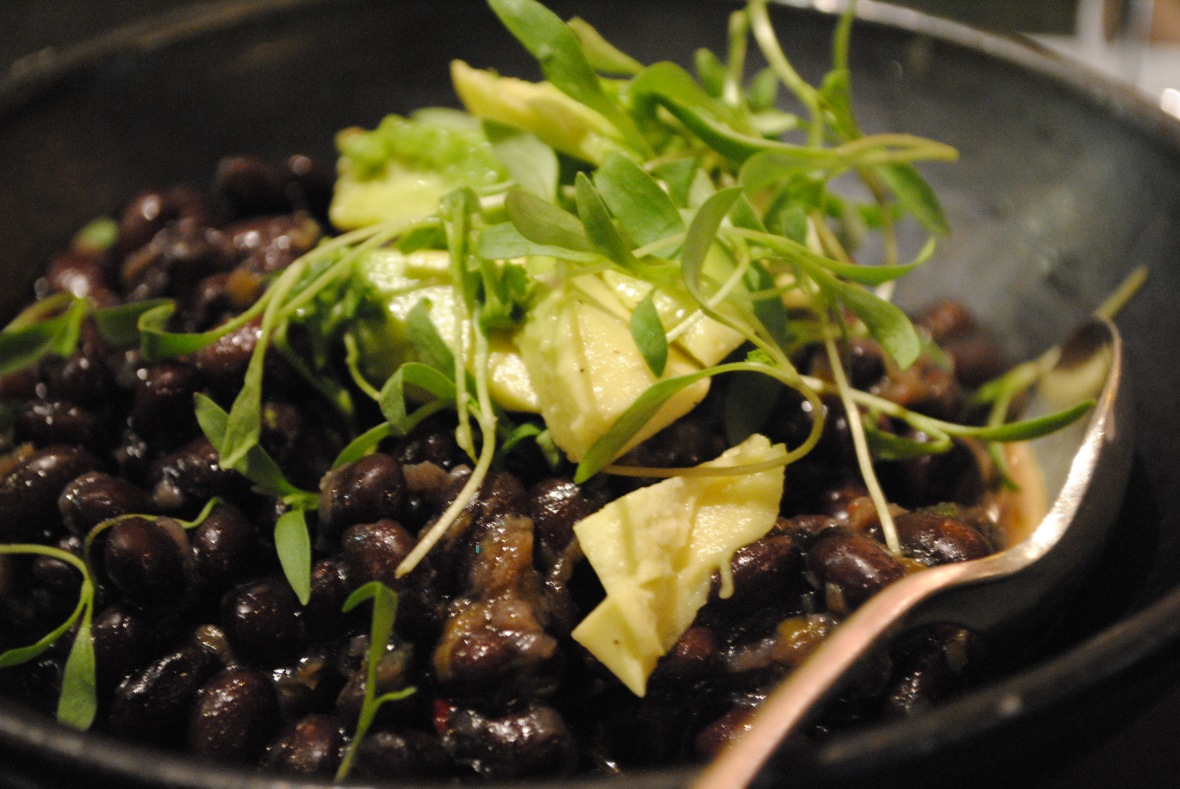 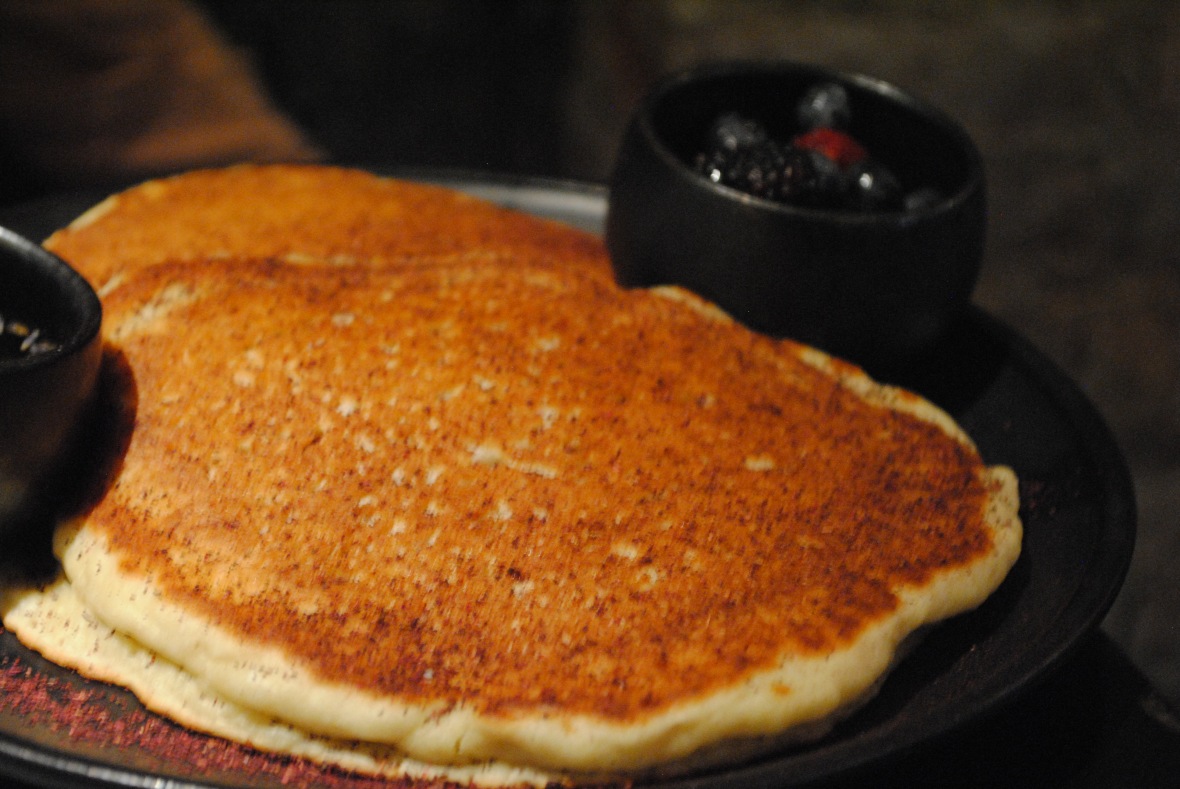 All in all, a lovely brunch place to catch up with an old friend despite the hefty price tag attached which began to sink in after the buzz of the brunch cocktails wore off. The waitstaff was pleasantly chatty yet not overbearing which is always appreciated. I wouldn’t say the food is particularly stupendous or thought-provoking but sometimes food doesn’t need to be — simply filling the stomach with goodness is success enough. The menu has more potential me thinks — through some ‘test kitchen’ flavor mixing I reckon some of these dishes could be phenomenal, for example as previously mentioned, the sweet corn empanadas maybe with some jalapeno or a smoky chipotle dip, and the huevos rancheros with steak or a crumbly Mexican cheese topping. The coconut pancakes might even benefit from some bananas mixed in. All food for thought, pun intended.