The more elusive, hectic and sought-after sister restaurant of Fino on Charlotte Street, the original Barrafina too has it home in Soho, serving up delectable modern Spanish tapas to the hungry London public.

The frenzied and forgetful waitstaff is enough to make anyone stressed and doubtful but the food is delicious which somewhat balances out the precarious situation of employee mental wellbeing. The restaurant’s centre is an L shaped seating arrangement with 23 stools and the restaurant clad in all stainless steel, marble and mirrors. The whole kitchen is open to survey and criticism — all fish on offer for the evening placed on ice beds, little tortillas constantly cooking in teeny tiny pans coming out in perfect circular form and haggard looking chefs frantically checking patatas in the deep fryer, fish and meat on the grill, while constantly trying to keep up with people’s food orders and requests for wine and water.

So what is there to eat? The classics such as patatas bravas, tortilla and pan con tomate are spot on. Toast with ali-i-oli provides a nice precursor to the meal. 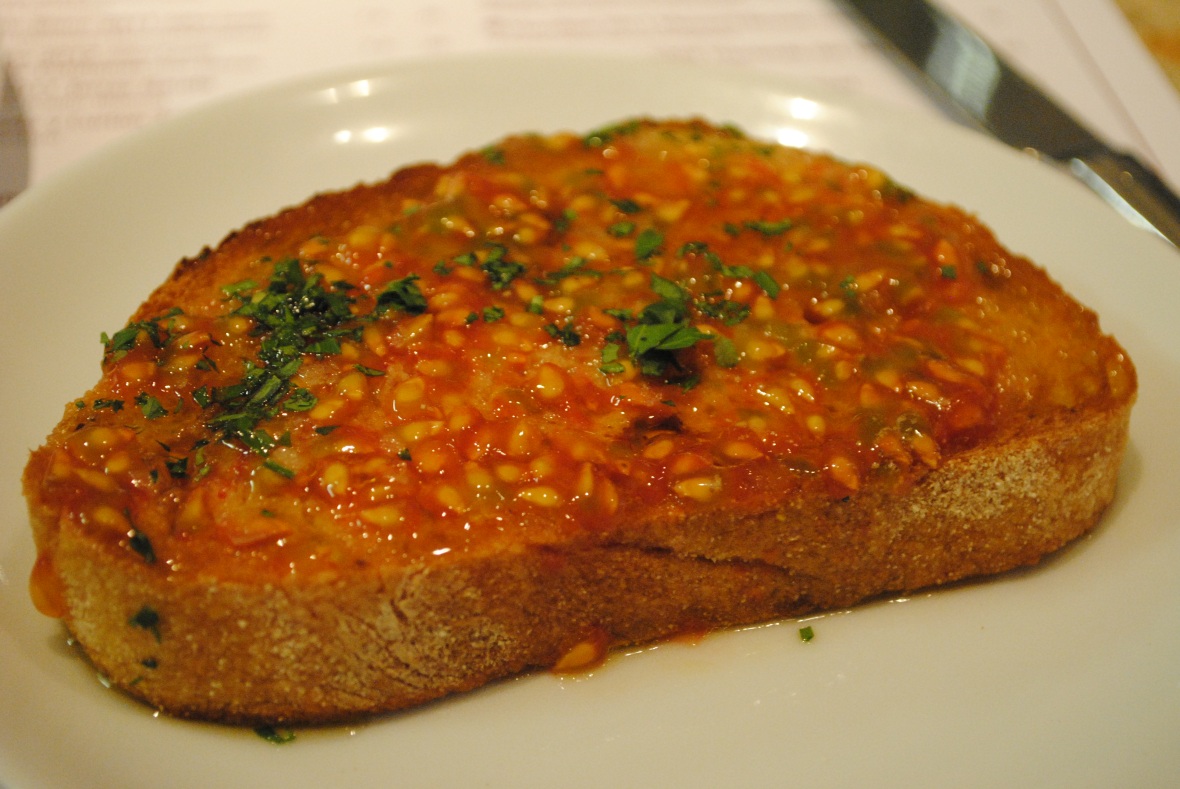 Milk fed lamb sweetbreads are steep at £12.80 but the lamb is so tender it’s kind of difficult to care. The courgette flower at £7.80 is another form of extortion but stuffed with sharp goat’s cheese and neutralized by a drizzling of sweet honey softens the blow of the price a tad. 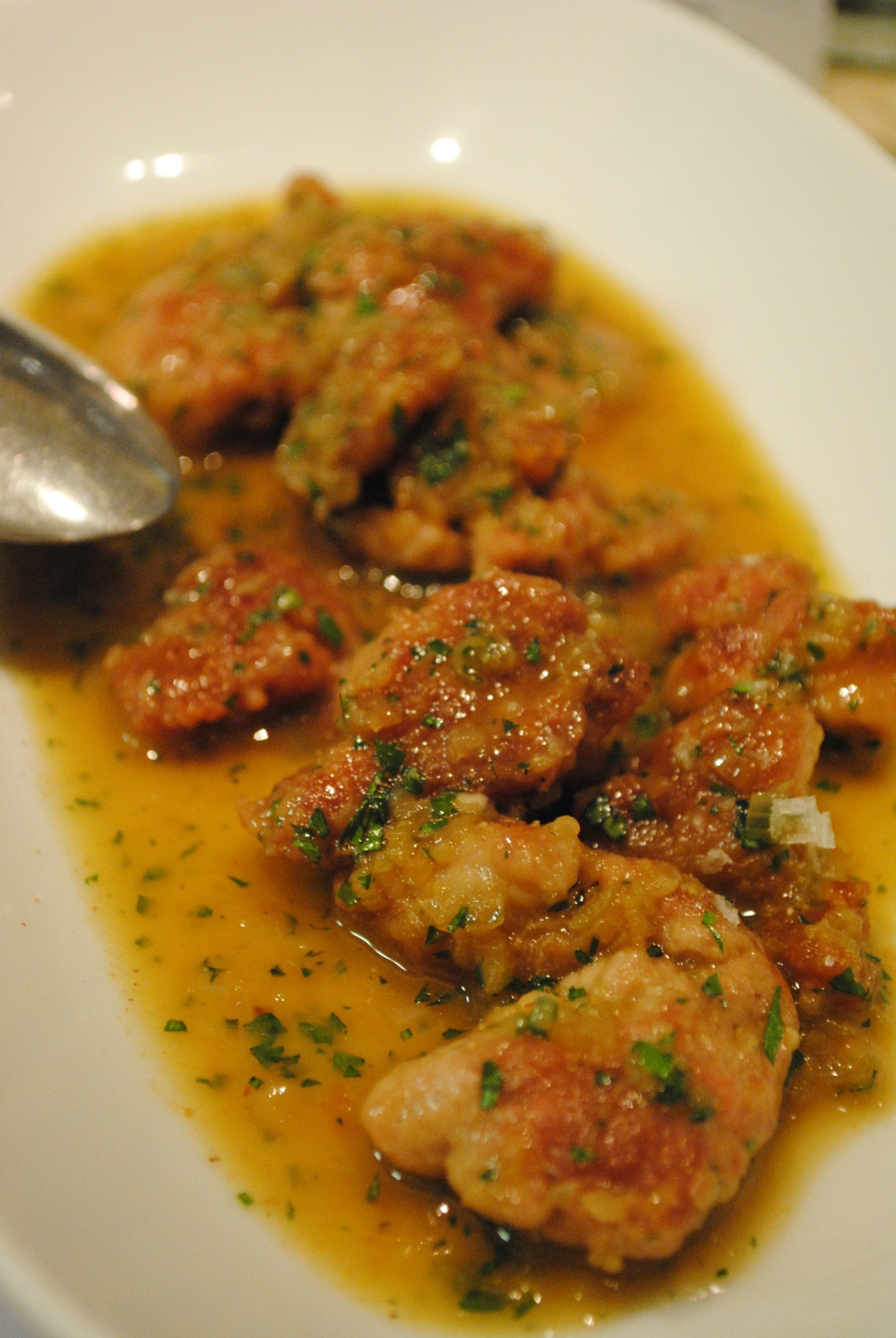 Octopus is sliced thin and boiled to a soft texture, topped with olive oil and a dusting of mild paprika and capers. 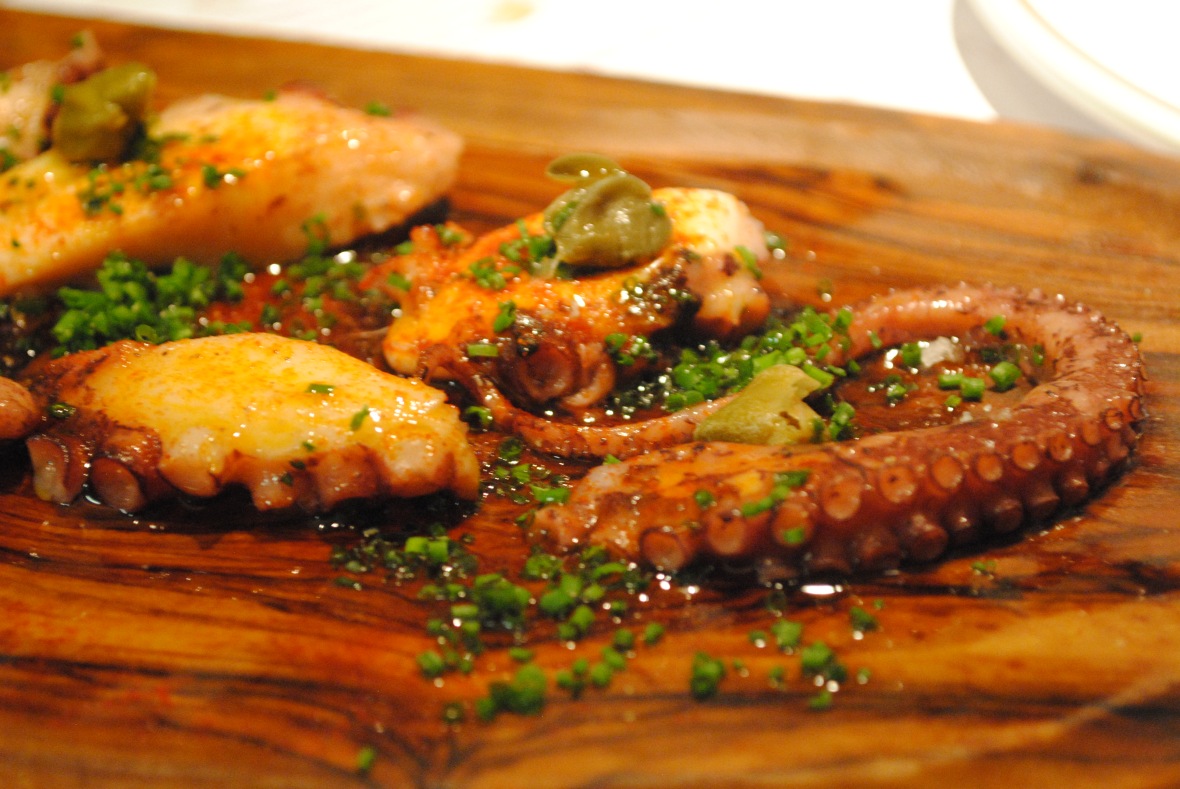 I was slightly miffed they ran out of tuna tartare, a personal favourite from Fino that is clearly so loved, restaurateurs Sam & Eddie Hart decided to put it on both restaurant’s menus. I will still advocate for the tuna served with a splodge of avocado purée because it is light, delicate and refreshing — definitely the best dish I had at Fino and I have no doubt it would be as delicious at Barrafina.

The food is quite pricey and the tab adds up quickly, leaving you with a much larger bill than anticipated — an unfortunate side effect of going to a trendy tapas restaurant. This is yet another hell on earth no reservations establishment which means painfully long queues with nowhere to sit and an uncomfortable wait for up to two hours on Thursday – Saturday nights if arriving after 6:30pm. If you need the reassurance of a table, Fino happily takes reservations and the food is on par with Barrafina if not slightly better (check out what the beast had to say on Fino).

The second site for Barrafina on Adelaide Street in Covent Garden opened very recently this month. In addition to the unreserved eating bar with twenty-nine stools, there is a private event space for up to sixty guests that can be reserved. I suppose this is somewhat of an improvement.