A few months ago, I wrote an article for Foodbeast on the history of lobster. That sounds boring. What I mean is, I highlighted the fascinating evolution of people’s perceptions towards lobster in the U.S. Formerly regarded as “the cockroach of the sea” and fed to servants, migrants and even people’s cats, lobster was the laughing stock of seafood. Now lobster is quite a hot commodity, the poshest of the posh, the caviar of the crustaceans.

Until quite recently, lobster rolls were perceived as a New England, American oceanside delight. Restaurants like Burger & Lobster have helped popularise the delicious easy to eat lobster roll in Britain, bringing this decadent snack into the limelight much to the delight of the British public. B.O.B.’s Lobster is another establishment eager to deliver the lobster roll and other tasty American seafood snacks to the island nation. From the white linen tablecloth to the street, B.O.B.’s Lobster offers up crab rolls, ahi tuna tacos, lobster mac and cheese, and of course the lobster roll. 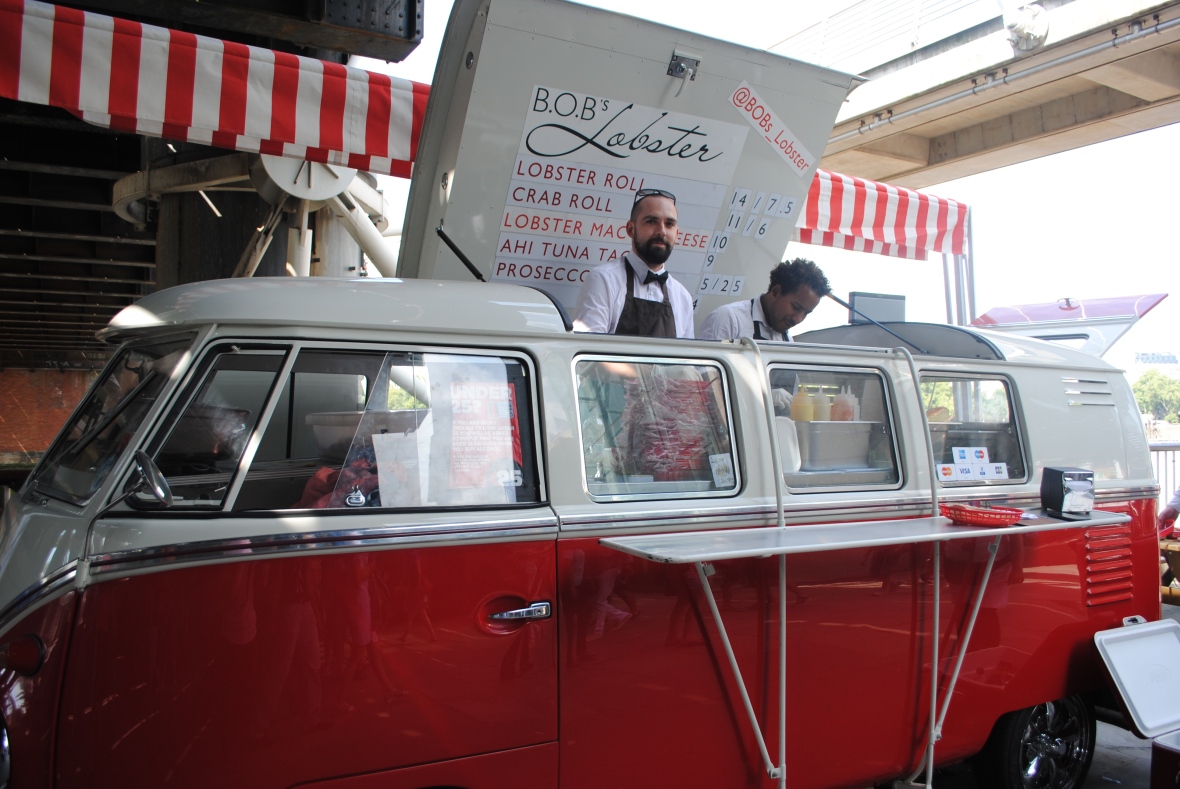 The lobster roll is filled with giant tender chunks of fresh lobster in a seriously rich and buttery brioche bun. Drizzled with lemon to add that extra little bit, these lobster rolls are probably the closest you can get to those you’ll find in Cape Cod. 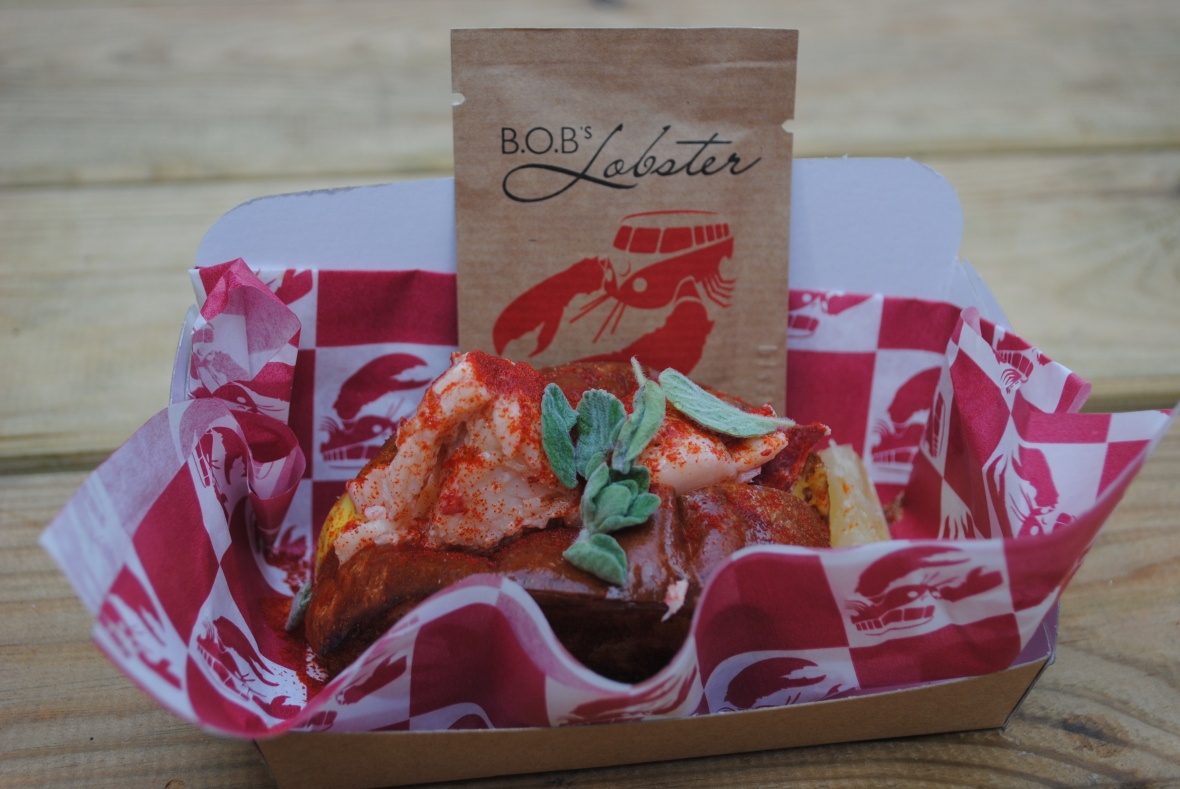 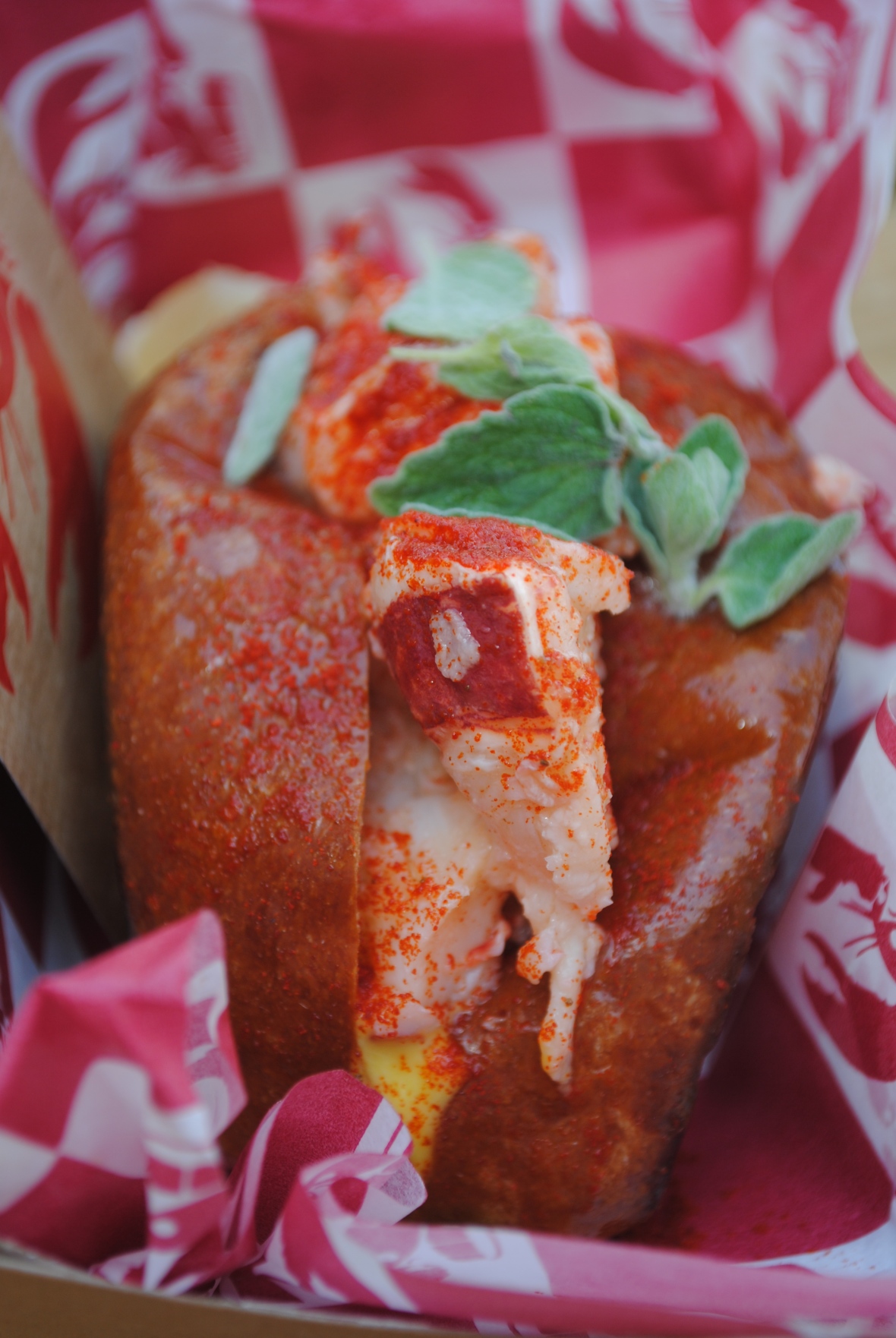 The crab roll is equally as scrumptious yet not as sought after as the traditional lobster. Stuffed full of delicious fresh crab with a light homemade lemon aioli in a toasted brioche bun, this is definitely worth saving some room for. 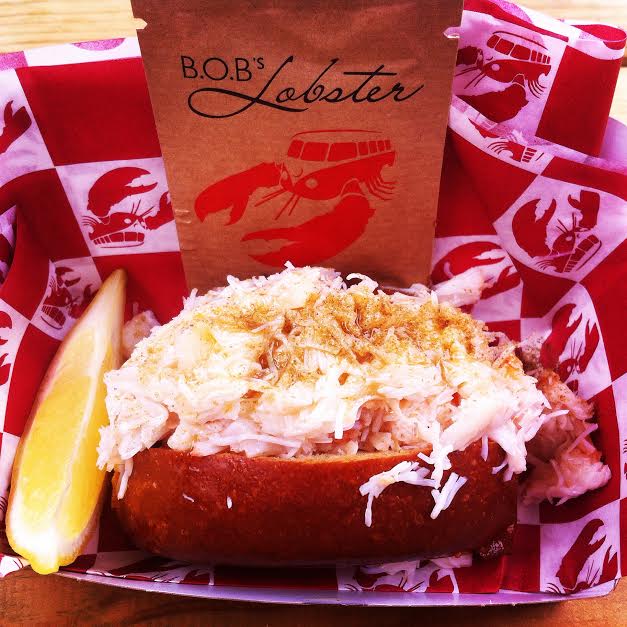 The lobster mac and cheese is probably the most disappointing of the three. Expecting cheesy baked mac and cheese with a generous portion of lobster pieces, I was a bit disheartened to find the sauce was almost a bit like a tomato mascarpone sauce rather than a traditional macaroni and cheese sauce. I also felt like the shape of the pasta, baby rigatoni, didn’t really work and they should have just stuck with classic elbow macaroni. Keep it simple folks.

Holding onto what little knowledge of value I have left living in London, the prices are quite steep for street food but considering that it is lobster after all, and they don’t chintz out on you, £14 is semi reasonable for a lobster roll. However, the price of the small lobster roll (£7.50) which can devoured in literally 2 bites, is a bit of a piss take.* Lobster mac and cheese at £10 is quite steep as well considering the amount of lobster chunks is quite scarce. Still, if you’re going to spend £20 + service on a lobster roll at Burger & Lobster, you may as well come here for a bit of a discount and equally as quality seafood.

Be warned they do take a bit of a relaxed approach to their business — don’t rock up at 12 noon over the weekend to the van under Hungerford Bridge expecting it to be open and the staff eagerly waiting to serve you. One one occasion I went, they had run out of lobster by 1pm and on another visit, they hadn’t even opened by 1pm, an hour after their indicated opening time.

All in all, if you need a gourmet lobster/seafood fix but don’t want to pay a fortune to dine at a restaurant for it, B.O.B.’s provides a reasonable and delicious alternative.


*Please note the lobster roll photos in this blogpost are those of the small lobster roll (£7.50), not the regular sized one (£14).