I was quite looking forward to going to Lupita. Everything I heard/read/inferred — bigger portions, cheap, cheerful, killer margs, quality Mexican street food — sounded good to me. The beast was clearly expecting too much from a Mexican dining establishment in the United Kingdom. I know we’ve been through this before on the blog so bear with me, but the Mexican food situation here is quite grim. It is just grim. Lupita is just another a poor soul scrambling within this troubled and lost environment. 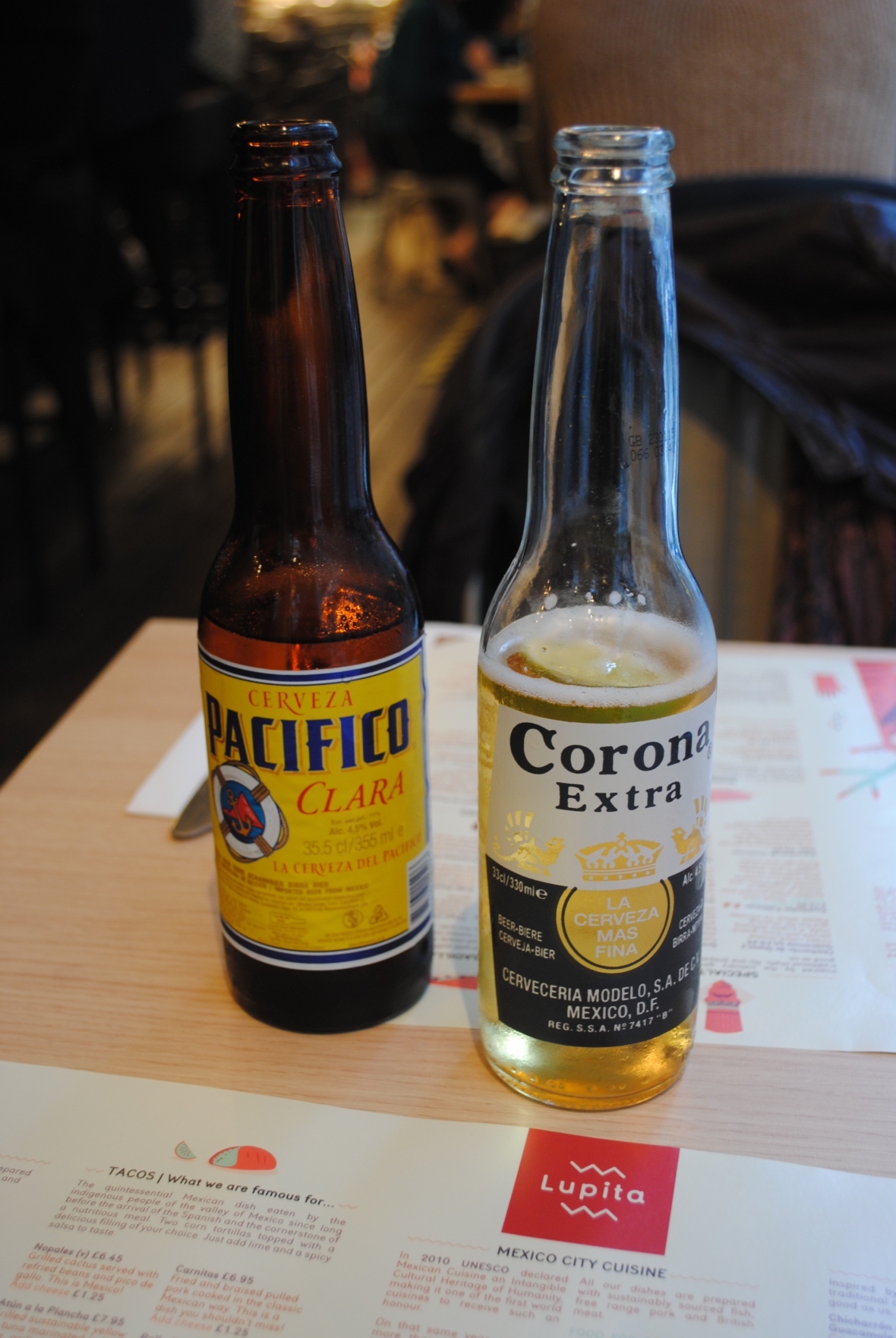 The menu looks promising — the dishes are authentic and the language stays true to traditional Mexican food without anglicizing anything (cough Wahaca).

Chicharron de queso, a staple of Mexico City’s taquerías, is simply a paper-thin roll of toasted cheese and at Lupita, is used to scoop up the guacamole served underneath. A big sheet of baked cheese, you think would be the beast’s dream come true, given the copious, habitual cheese intake, but it was just a bit underwhelming and lackluster. The guacamole also lacked that freshness in taste and sight — the avocados were a dull green colour and the flavors a bit bland. 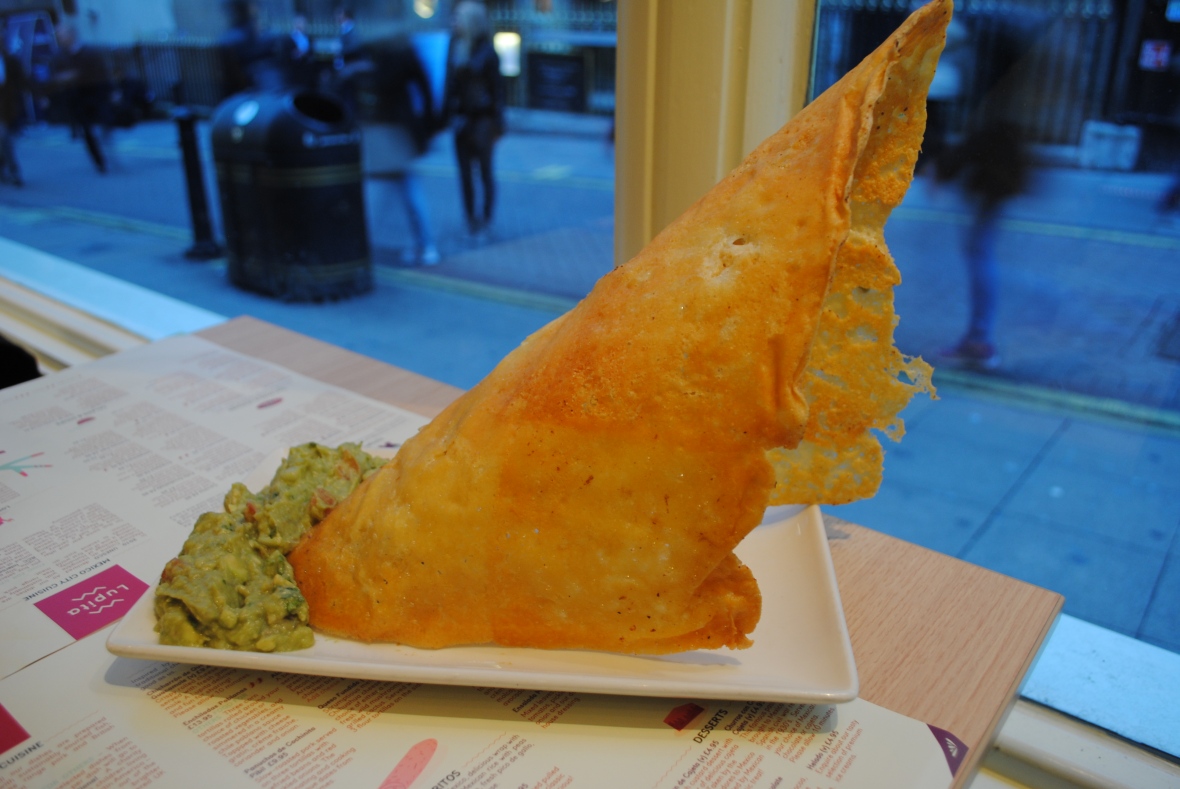 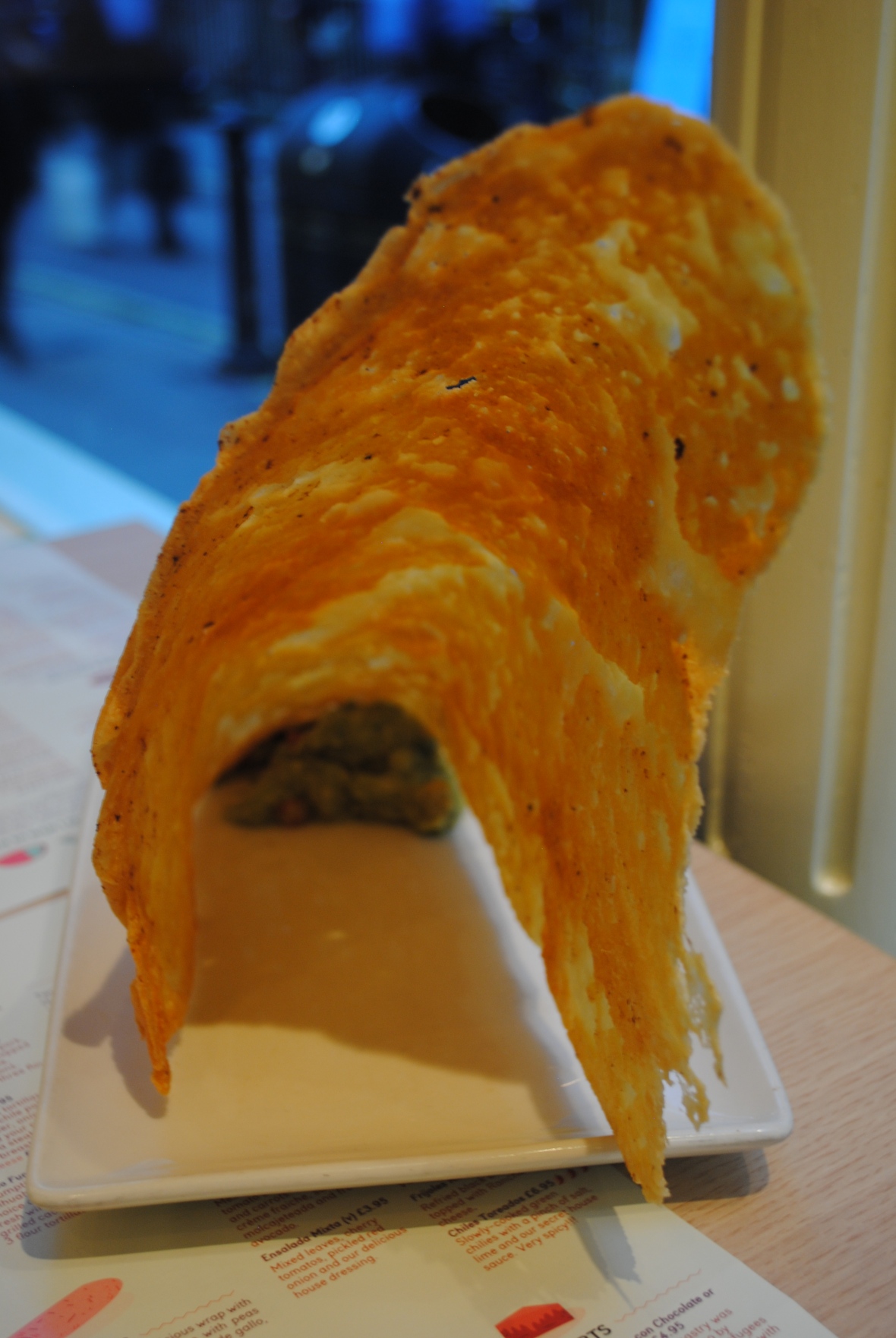 The grilled arrachera quesadilla was probably the most satisfying dish, the meat was tender and the quesadilla chock full of melted cheese. The shredded spiced chicken ‘tinga‘ tacos cooked in tomato sauce with chile chipotle were quite average. A typical quesadilla in Mexico City consists of an oval-shaped corn tortilla filled with ingredients—stringy Oaxacan cheese is usually one of them—and then folded and cooked until the insides are appropriately hot and gooey. The puzzling aspect of the way the food was served in Lupita is that both the quesadillas and tacos were open faced, not folded. Strange. For something a bit different, try the ensalada de nopalitos, Nopal cactus mixed with tomatoes, onions, coriander, lemon and cheese. 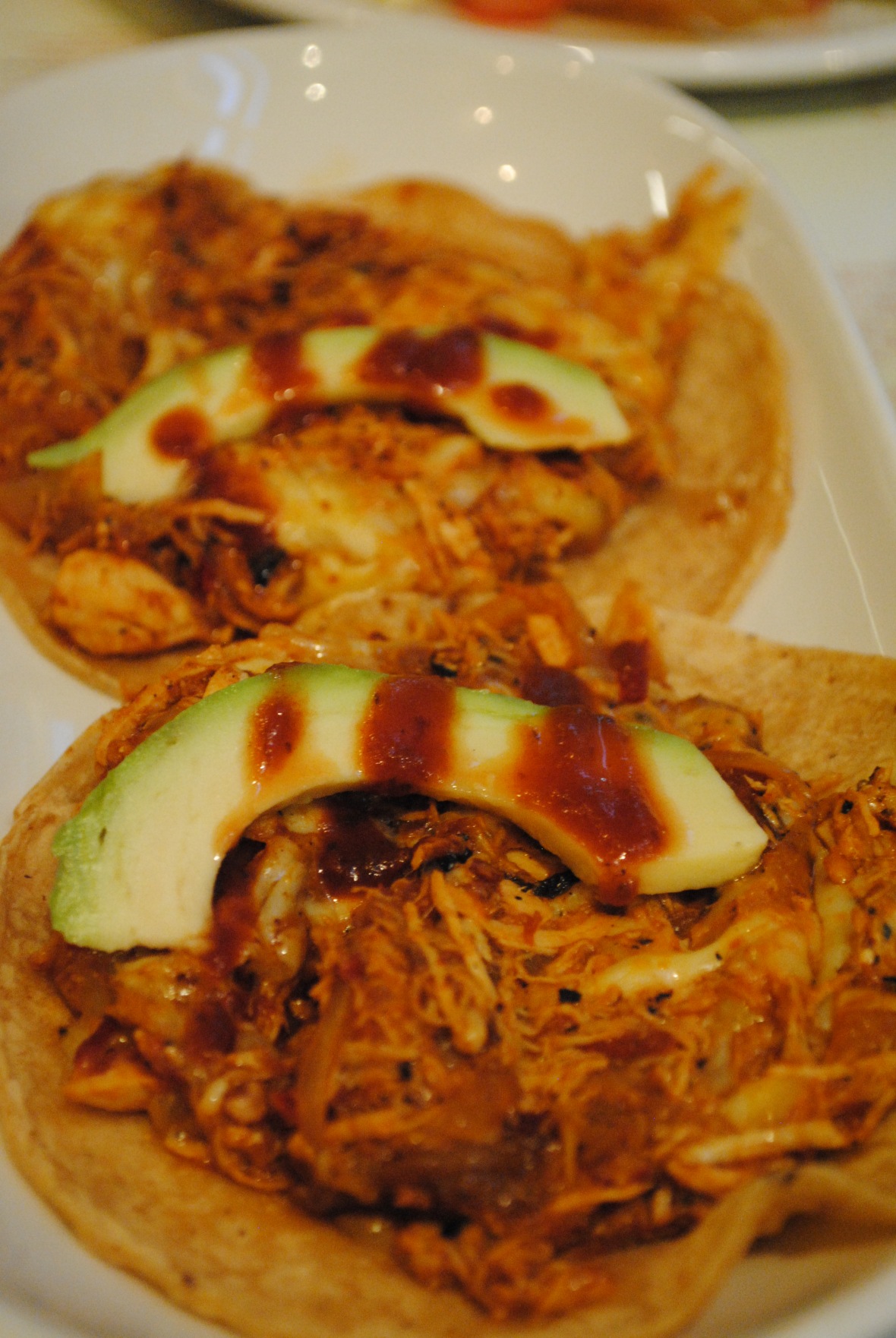 Speaking of adding cheese, the majority of menu items give you the option to add cheese to your dish for a whopping £1.25. Firstly, cheese should just come on your dish — it’s a now a staple in most Mexican dishes. Yes, I know, dairy products weren’t originally part of Mexican cuisine until the Europeans came in and brought their cheesemaking techniques (I can’t say i’m upset about that part), but the fact of the matter is, sprinkling some shredded cheese on top of a miniature sized quesadilla or taco hardly justifies the steep price tag. Secondly, I could buy an entire bag of shredded cheese for that price in the supermarket and here it only earns you a few measly cheese shreddings. Unacceptable.

The Mexican red rice cooked in tomato broth with peas and carrots, topped with creme fraiche and salsa guajillo was quite tasty. It would have been ideal if there was a combined rice and beans side dish option instead of cheekily separating the two. Can’t have a Mexican meal without beans and rice..

To their benefit, the waitstaff at the restaurant were quite jovial and enthusiastic. It was fairly obvious they enjoyed their line of work and took pride in the authenticity of their cuisine. Sadly, the quality of the food didn’t quite match up to their levels of passion.

All in all, an average tasting meal made slightly more pleasant by friendly service. Won’t be rushing back anytime soon.