Ironically my job in restaurant public relations is what has kept me from writing about restaurants. The frequency with which I have been eating out has been so high, it has been impossible to document all beastly adventures. Instead of writing about all the restaurants I have eaten at in the past 6 months since my last post — which has been an obscenely excessive, almost shameful amount — I have decided to pick the one restaurant that has been the highlight of the past six months, the one that has stood out and still has me remembering. That restaurant would be Kitty Fisher’s, during a recent visit to London in June.

I know what you’re thinking: Kitty Fisher’s is too obvious of a choice. It’s been raved about by mostly every newspaper in the UK and several U.S. publications, everyone love love loves it, even David Cameron has made it his go-to spot (actually that probably counts as a mark against it), but regardless, it seems too bloody obvious. But hey, the beast gives credit where credit is due in the restaurant realm, whether it’s a popular haunt or a hidden gem off the beaten path. Kitty Fisher’s happens to have absolutely brilliant food.

Described as having “modern British fare with a Spanish twist,” the chef is Tomos Parry, pretty much an unknown — he was cooking at Climpson’s Arch in Hackney prior to joining the team at KF. The menu is short, with about five starters and five mains, including Challans Duck with Asparagus, Radish and Cherries, which was my favourite dish of the evening.  I firmly believe duck is one of the most underrated meats — it is fatty, meaty, luscious and complemented brilliantly by the sweetness of cherries. 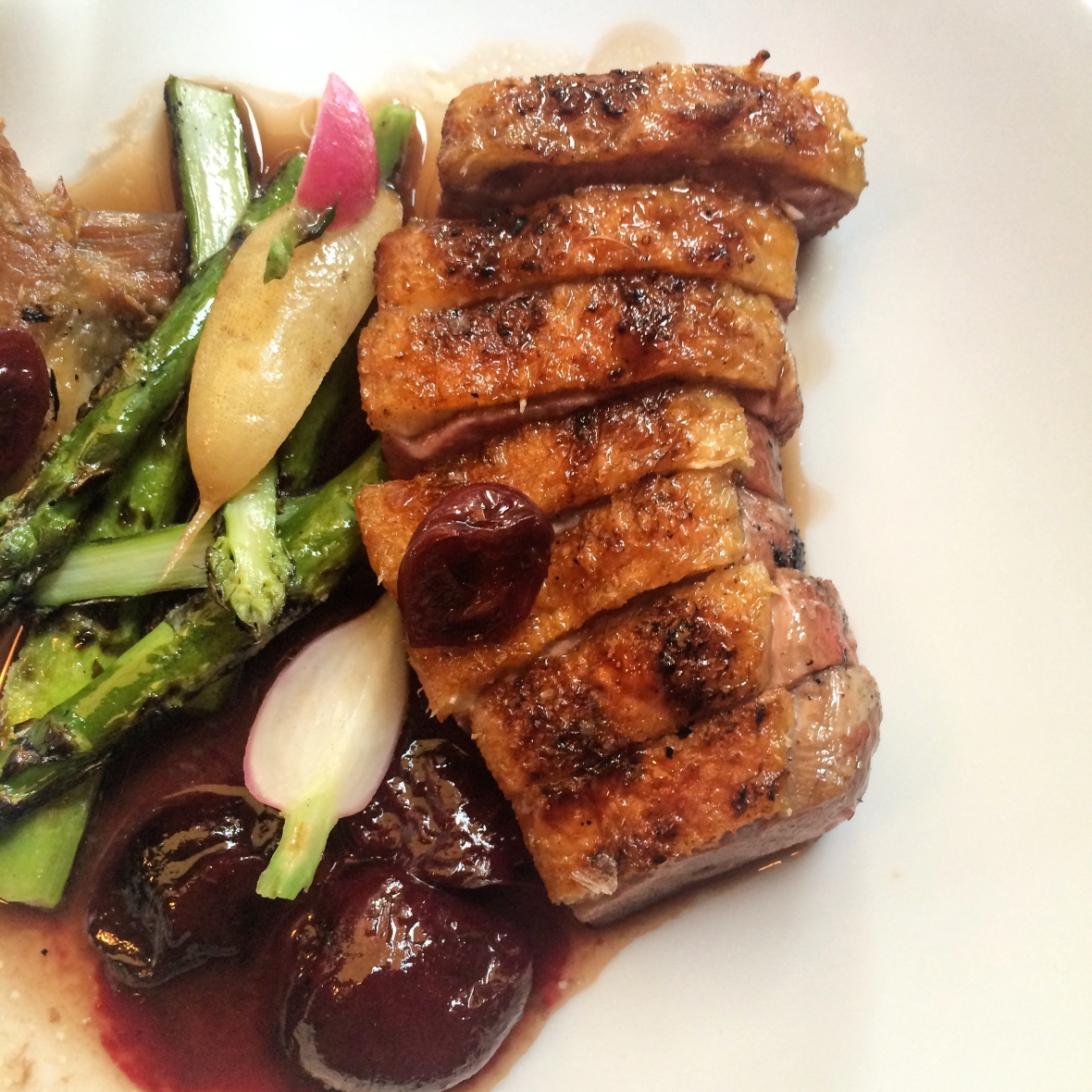 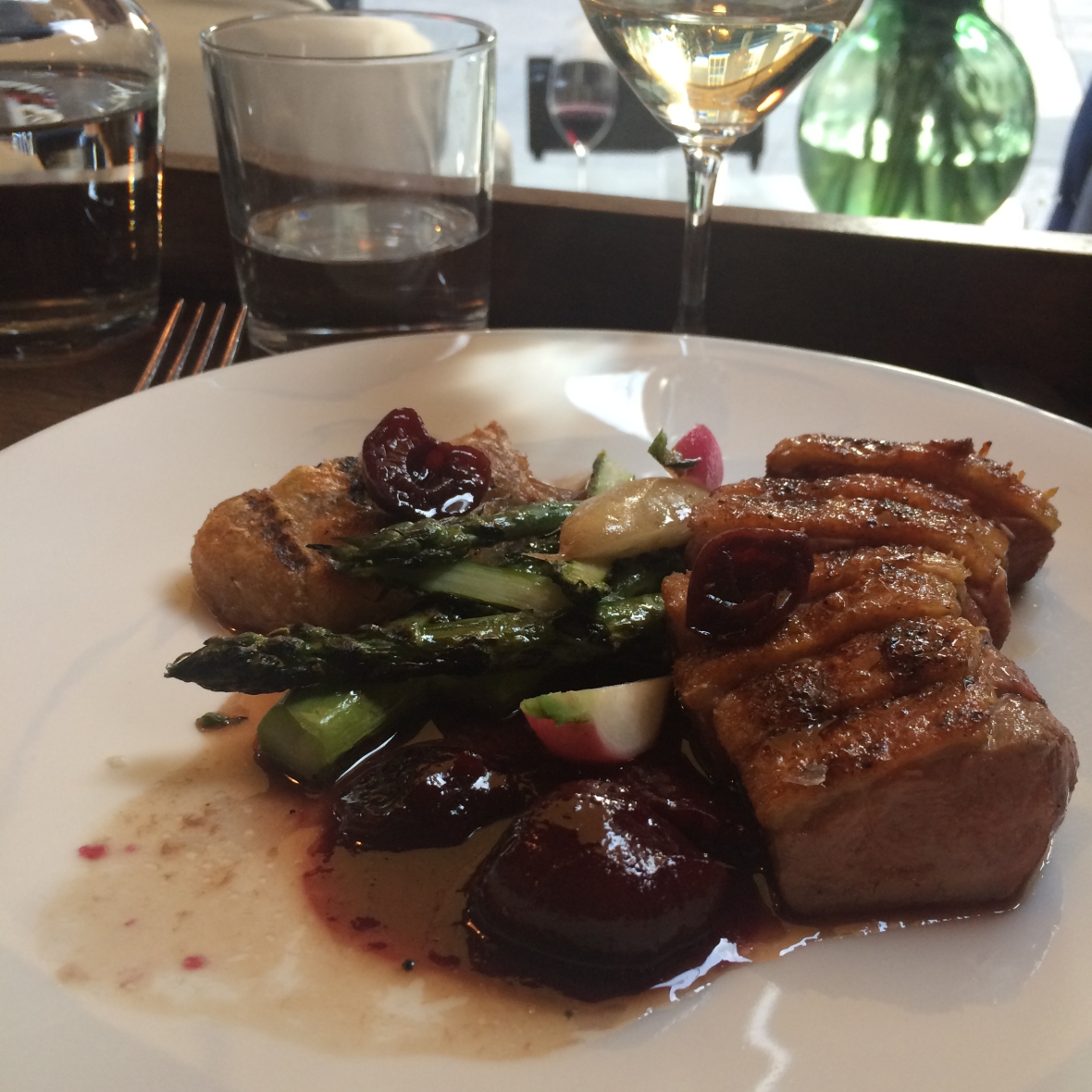 “Fresh” is a word you hear a lot when chefs describe the food and ingredients they serve — “fresh, farm-driven fare”. But never has this rang more true than in the burrata, English peas, asparagus and mint appetiser (£10). There may as well have been a farm growing in the middle of the restaurant for how unbelievably earthy and crisp these vegetables were, the burrata soft and creamy in texture. 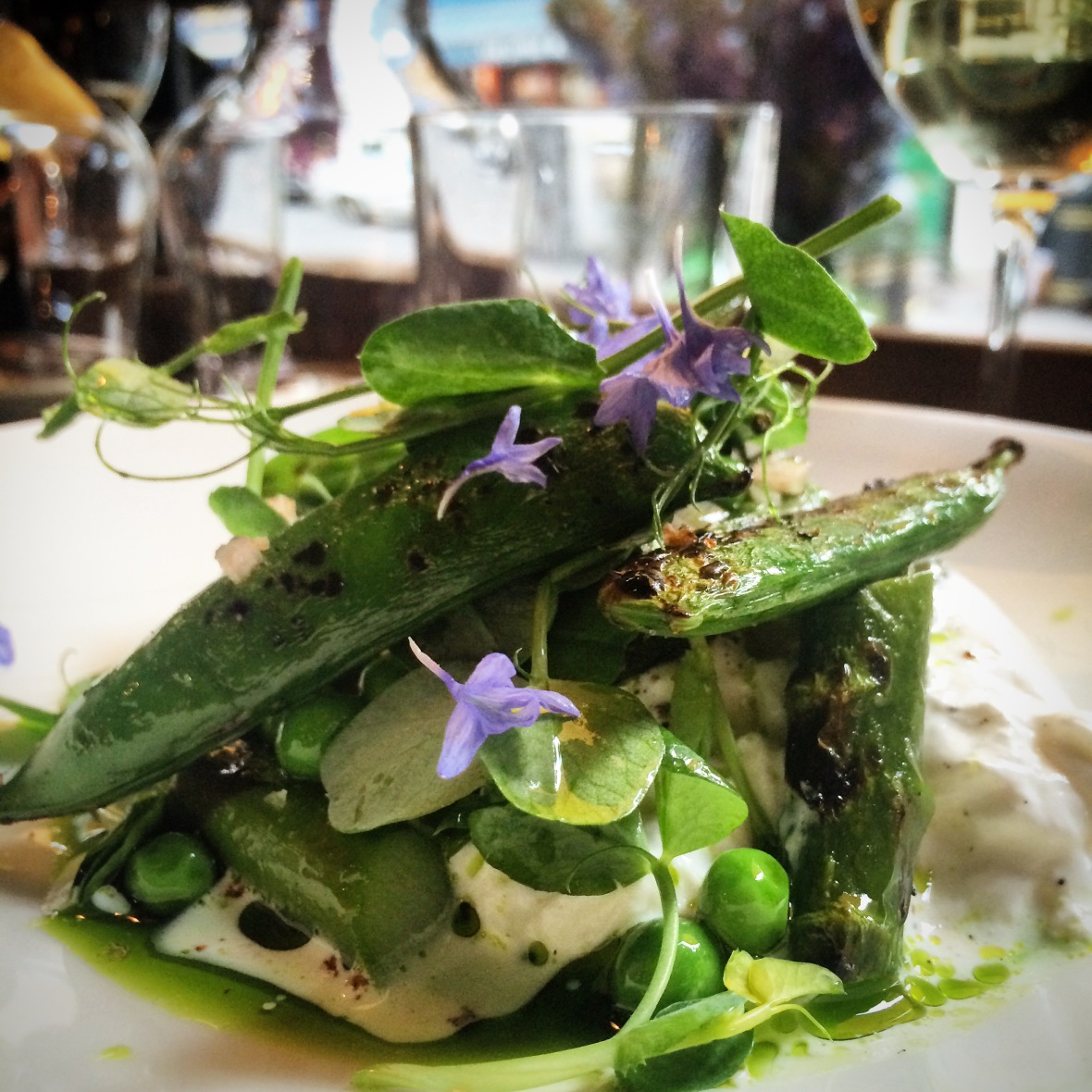 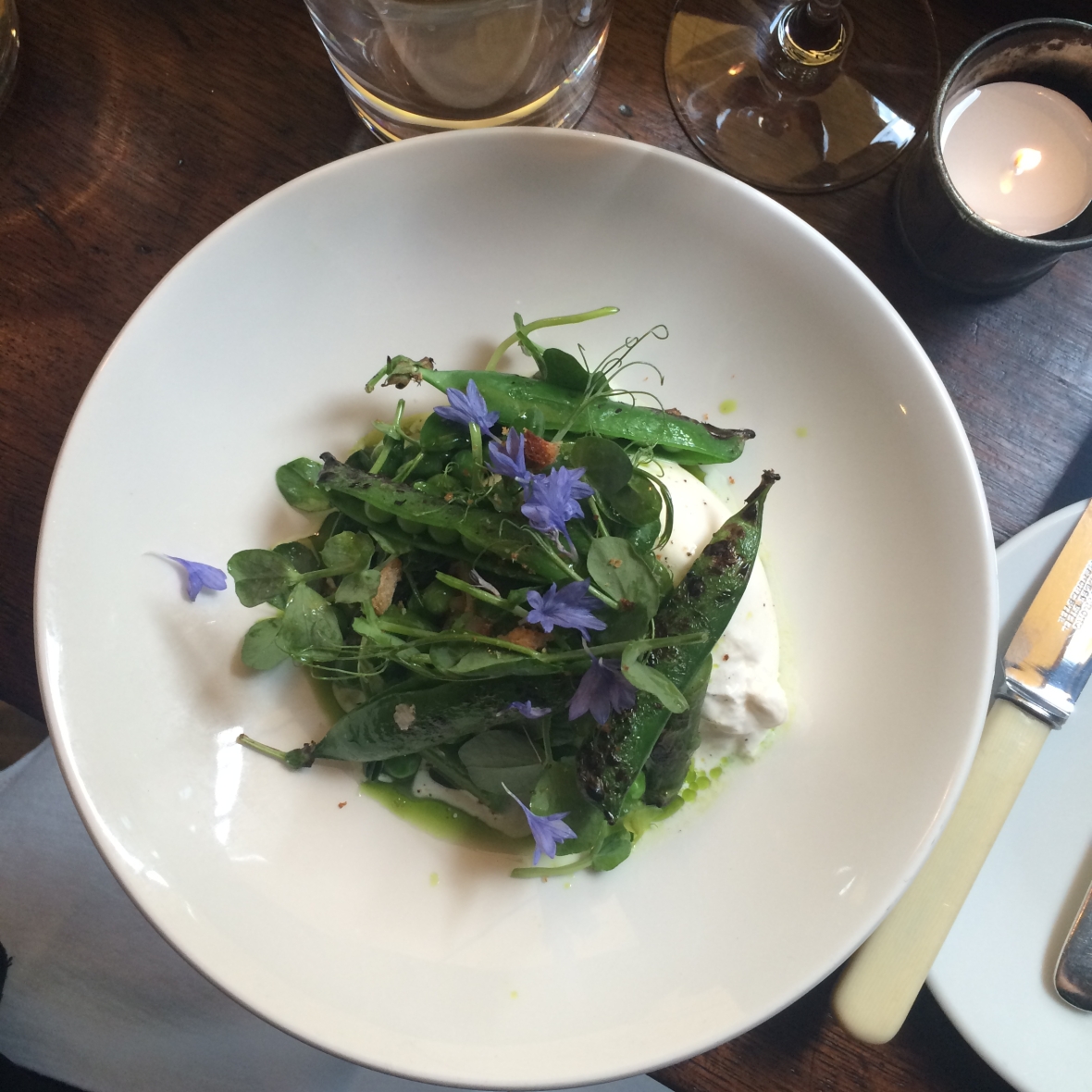 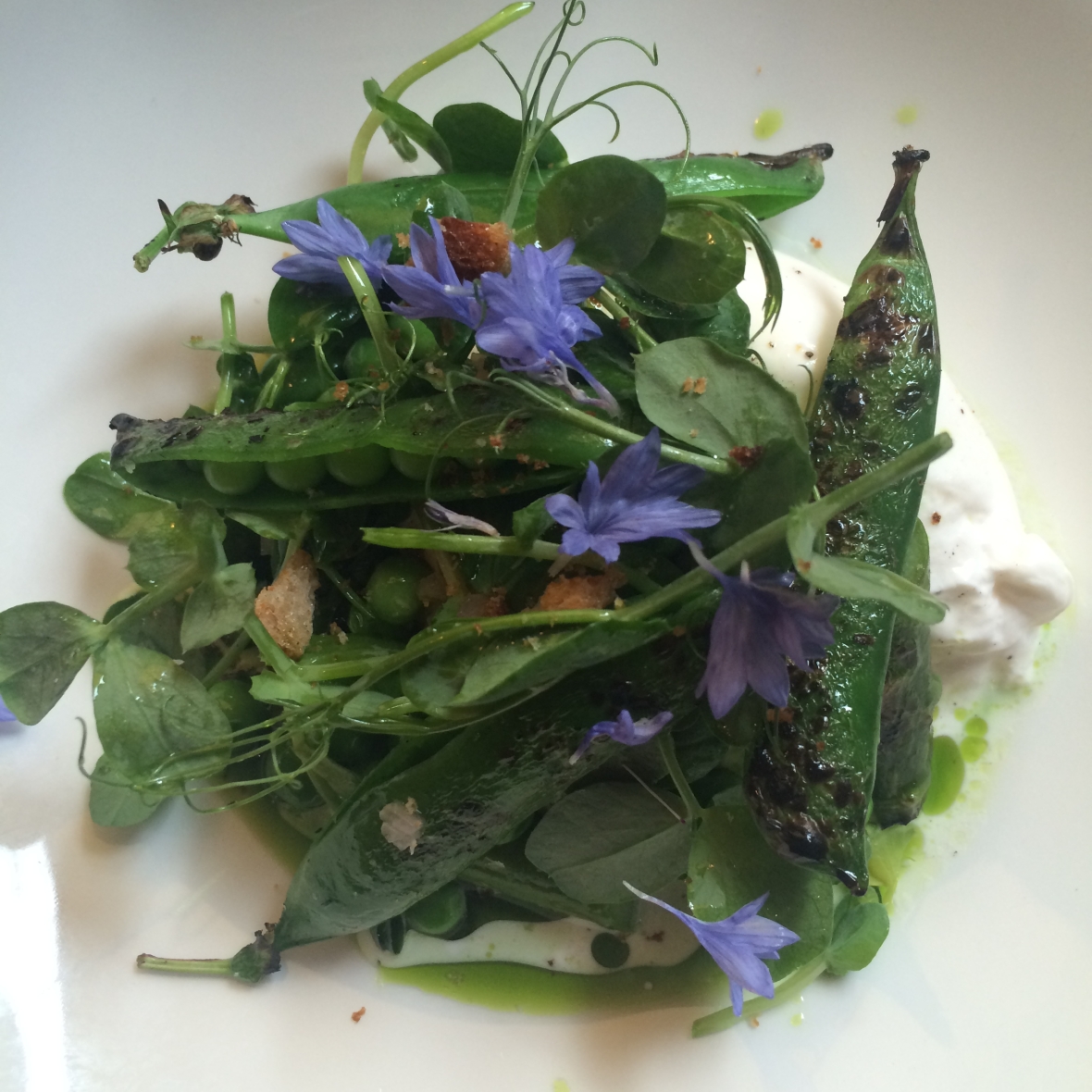 Other dishes include things like Grilled Langoustines, with Whipped Lardo and Rosemary (£15.5), and Ox Cheek with Cornish Earlies, Spring Onion and Spinach (£21). 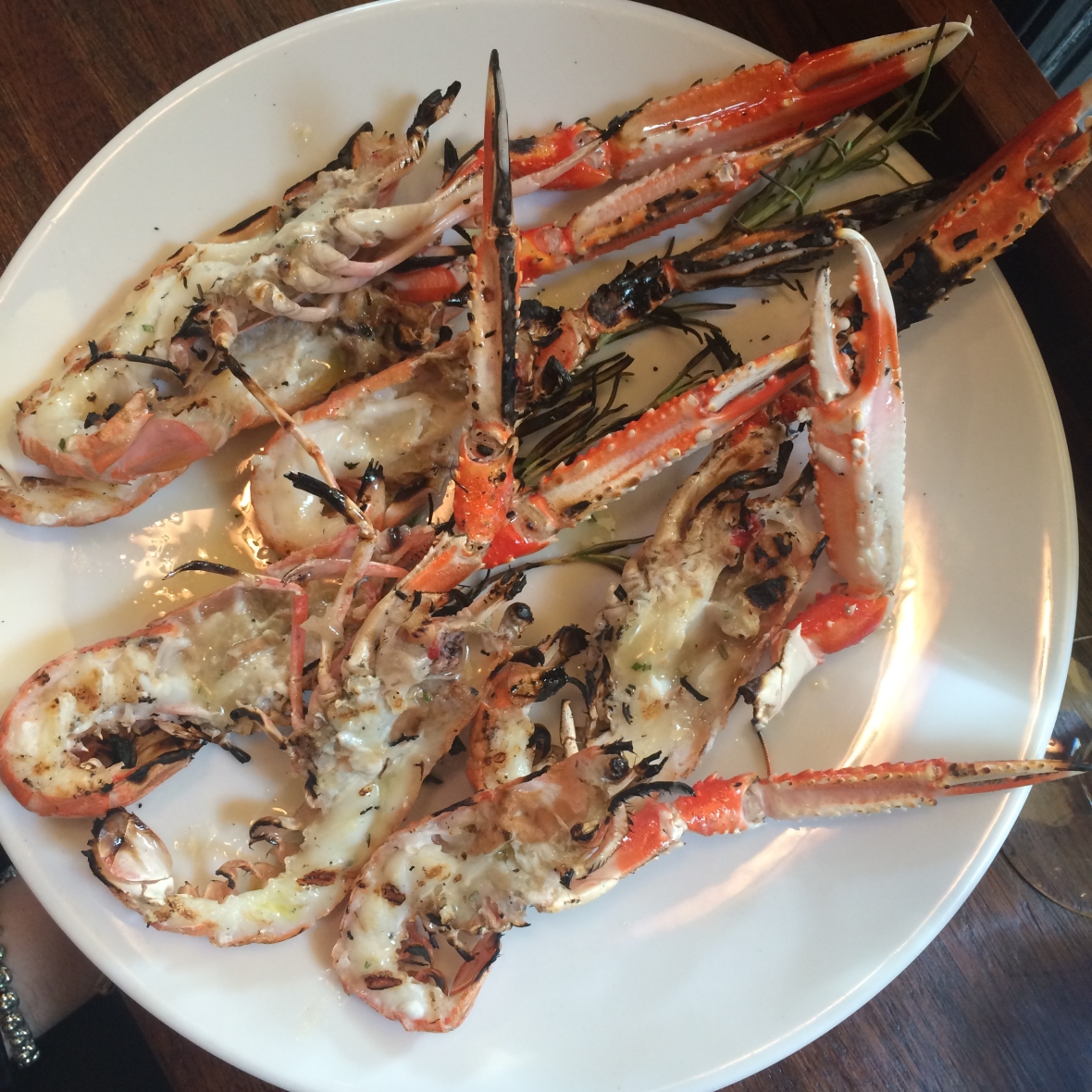 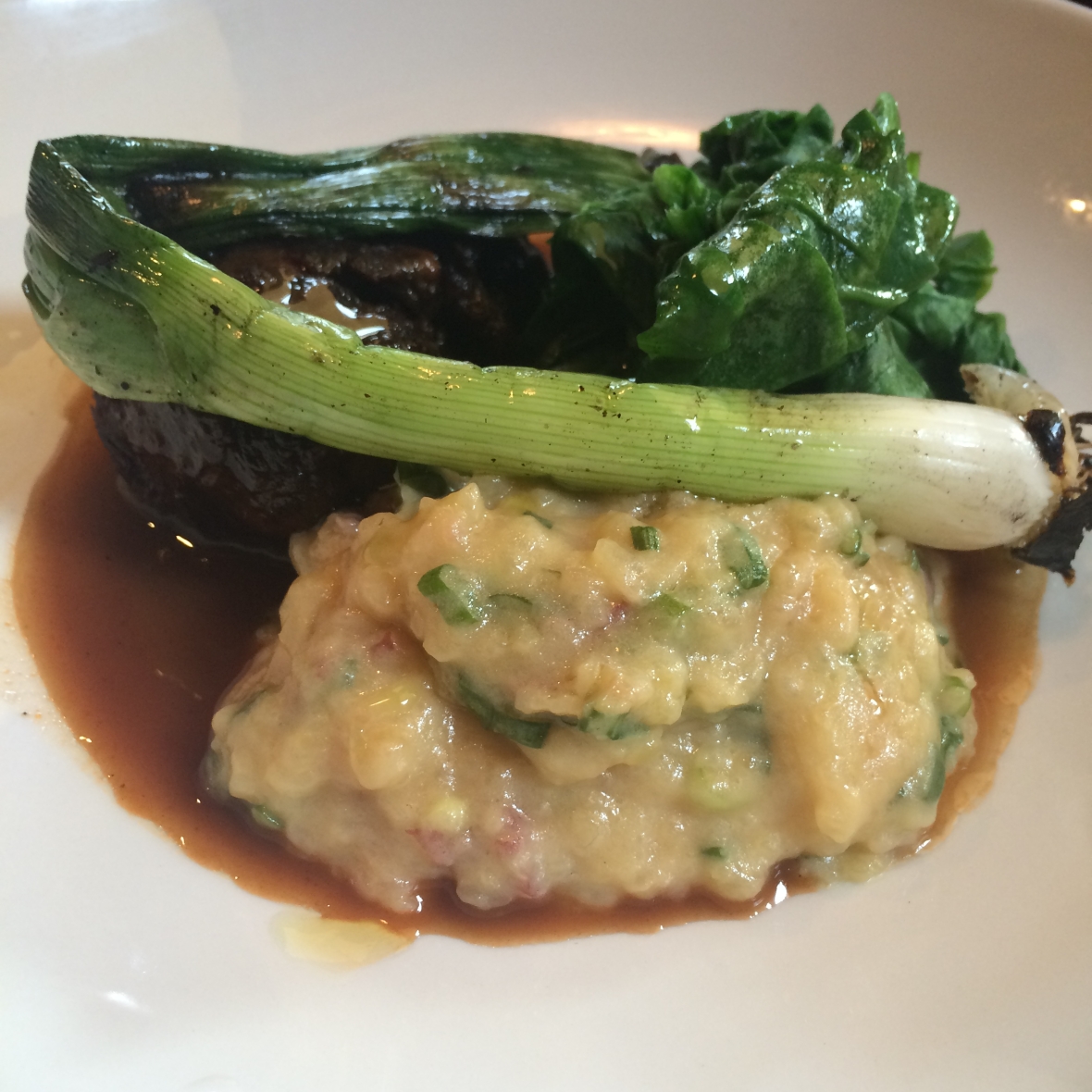 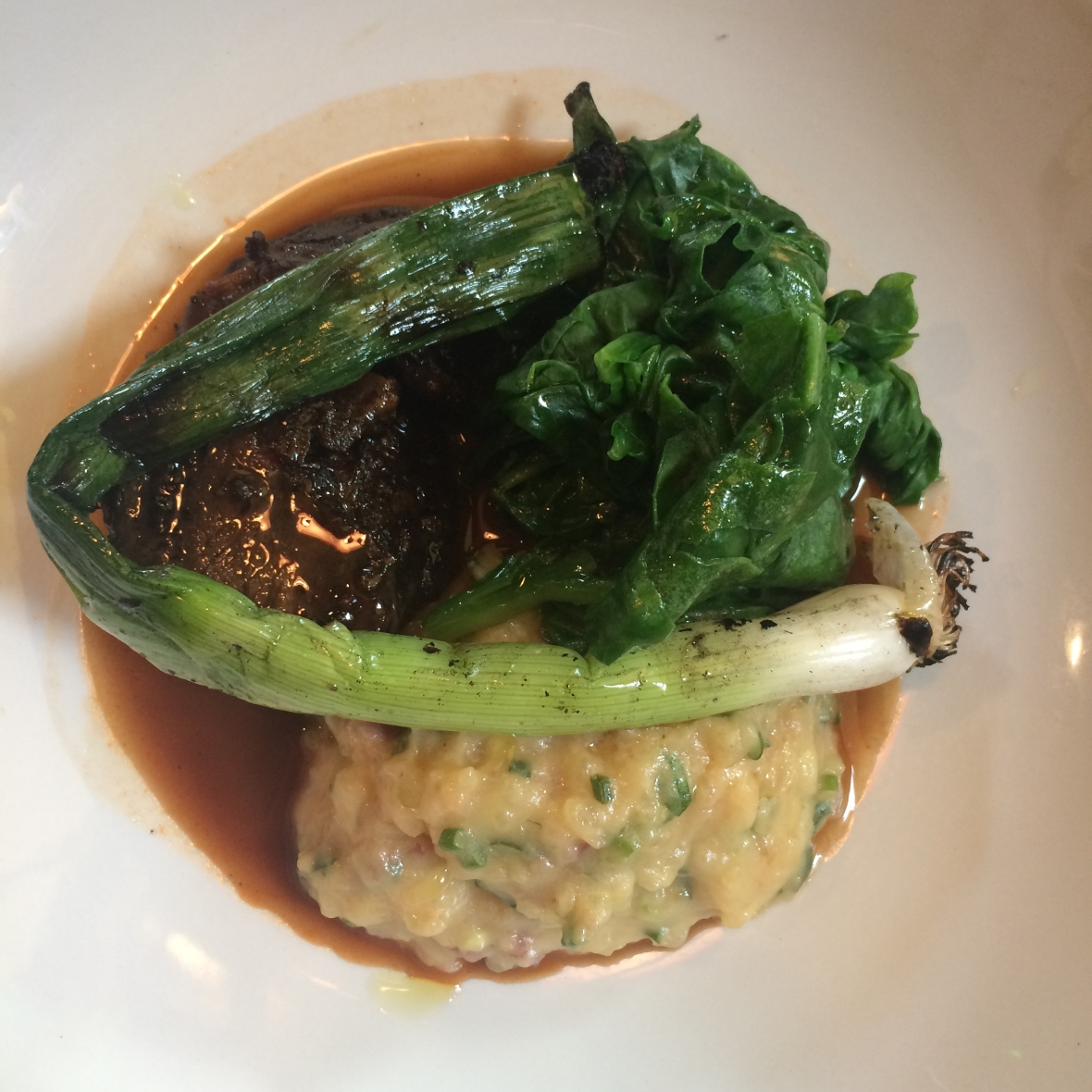 What I love about Kitty Fisher’s is that the atmosphere and decor don’t match the celebrity hype — what we really have here is a small, intimate, almost cozy yet elegant pub-like establishment tucked away in a little nook of an upscale neighborhood with astonishingly good food at a semi-reasonable price.

I have expressed discontent in previous reviews about places that do not take reservations, however, Kitty Fisher’s presents an entirely new conundrum, equally as irritating, if not more so. You can indeed make a reservation, however, you cannot do this on OpenTable or any booking system, you cannot do it by email, you must do it by phone. The catch? The phone line is only open Monday – Friday from 9:30 – 11:30am and then again from 4pm – 5pm in the afternoon and at some point on the weekend. And when you do call during those odd hours, the line is perpetually busy. As Marina O’Loughlin amusely comments in her review “they seem to be allergic to answering the phone”.

And when you’re not even in the UK to make the reservation? I spent $10 worth of Skype credit just listening to the infuriating sound of busy signals through my computer. So how did the beast actually manage to eat at said establishment? Well, there is a trick. The restaurant opens at 5:30pm and there are 4 bar seats (though not at the bar) that face the window and give you a lovely view of Shepherd’s Market. These are not up for reservation grabs. I’ll let you figure out the rest.